Wednesday, November 30th 2016, I’ll give a talk at the University of Maryland about the question “Can women think?”

Why are there so few women philosophers? In most fields of the humanities there are about the same number of women as men, yet the number of women in philosophy looks more like those in mathematics and physics. Why is that? Is it because women cannot think? Is it simply because, as Hegel puts it: “Women can, of course, be educated, but their minds are not adapted to the higher sciences, philosophy, or certain of the arts …. The difference between man and woman is the same as between animal and plant.” (Hegel, Philosophy of Right, 1820, par. 166, note) 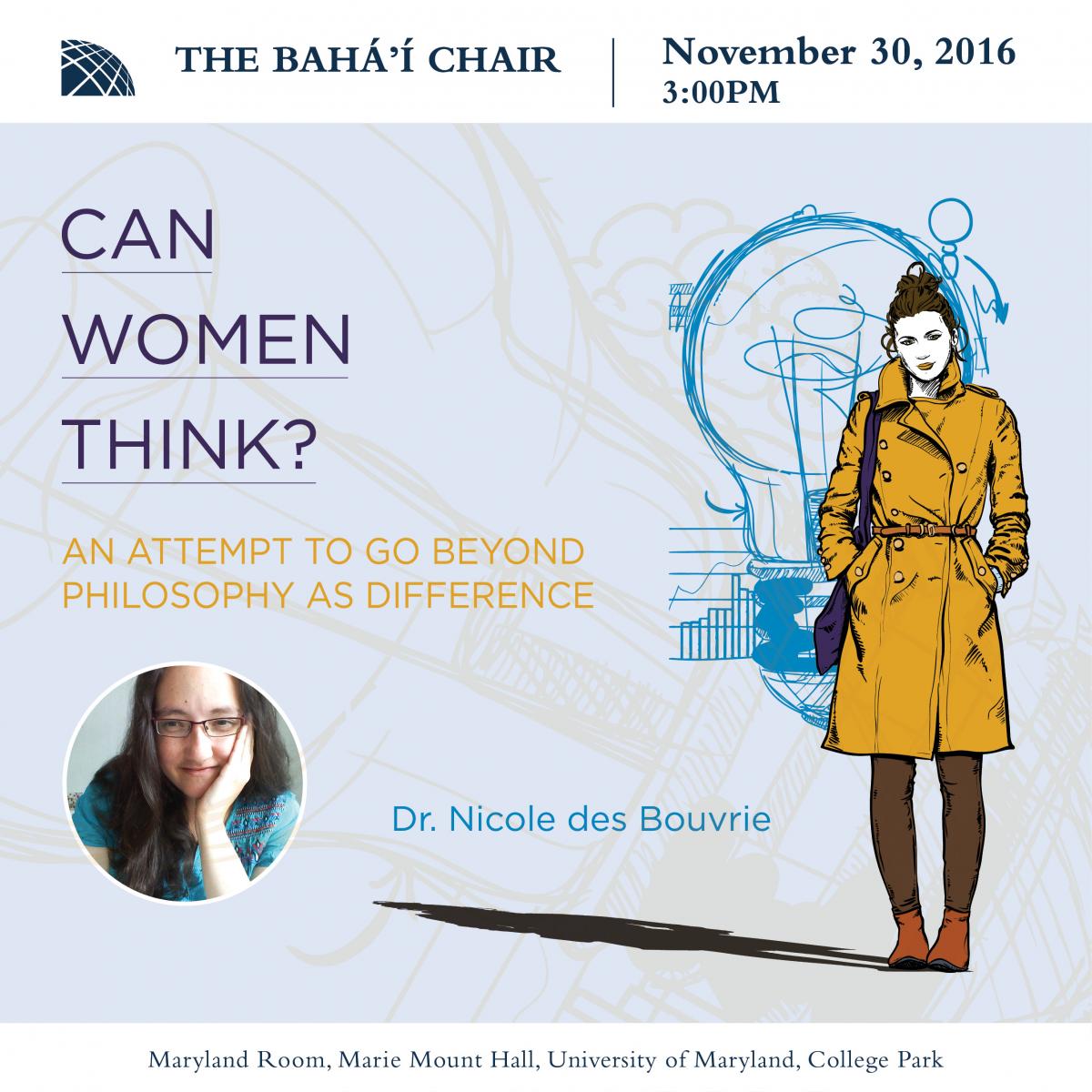 Other explanations for this trend tend to locate themselves in psychological reasons: implicit bias, stereotypes, threats and unusual high levels of sexual harassment in the field of philosophy. What I will argue is that there is something underlying all of these manifestations in our social reality, a philosophical notion that goes beyond the historical perspective that philosophy was created by men and therefore focuses on male ideas.
Philosophy has developed as a paradigm that in its foundation is male oriented, putting women outside of what is considered rational, normal, and sane. We need to acknowledge the limits of this male foundation, that is not only influencing philosophy but also for instance science, social science and psychoanalysis. Otherwise women have no choice but to either adapt and conform to the basic principles outlined by this paradigmatic male truth, or to leave philosophy and science altogether.
Read more about this event on the blogsite of the of the Bahá’í Chair for World Peace at the University of Maryland.
Or read & listen to the complete talk.

0 thoughts on “Can women think?”